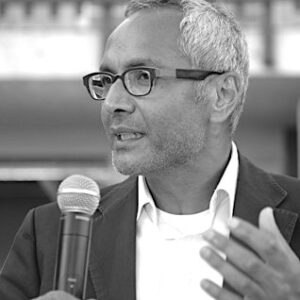 16 novembre 2017
The car and city in South Africa: a view from Cape Town
When we do urban history of the 20th century do we consider the automobile sufficiently in histories of the city? In this lecture I explore how a love affair unfolded with the car in South Africa and in particular in its oldest city, Cape Town. It entails a story of Apartheid violence against urban dwellers, the expansion of a roadwork network based on American models and the cars to traverse those roads. But instead of lamenting a relentless consumerism with cars as the main object the lecture also considers the car as a material object that gets transformed in backyard garages by people with long artisanal traditions of craftwork
14h00-16h00, Maison méditerranéenne des sciences de l’homme, salle Paul-Albert Février, Aix-en-Provence

5 décembre 2017
Paper and Africa
In the recent growth in interest in the libraries of Timbuktu and other book collections in Africa to the South of the Sahara there is much fascination with the scholarly lives in and of the centres of learning.  But all the learning and teaching would not have been possible without the fact of paper entering Africa. Nearly all the materials were written on paper ; there are only a few examples of parchment.This seminar is meant as a provocation on the question of paper on the continent from pre- to post-colonial times.
9h30–12h30, Centre Norbert Elias/EHESS, La Vieille Charité, Marseille

30 novembre 2017
Book networks in the Sahara/Sahel
This seminar will examine the vast region’s past through an examination of the key locations, figures and moments in its book history. We have to think of handwritten, unbound texts i.e. without binding. Taking into account the material aspects of book production is as much under consideration as the men (mainly) who were the writers and their ideas. Ideas mattered, of course, and contesting ideas were what animated the proliferation of books.
9h30-12h30, Centre Norbert Elias/EHESS, La Vieille Charité, Marseille

12 décembre 2017
Collecting in the Sahel : Timbuktu and beyond
The relatively recent and ongoing attention to manuscript libraries in Timbuktu raises questions about how these instituions were created. What are their histories? Is it possible to reconstruct how libraries were made, how collections were formed over time? What logics informed the gathering of books and were they only books that were colelcted? This seminar will explore the biographies and collectors and collections in Timbuktu and elsewhere in the Sahel.
17h30-19h00, EHESS, 96 Bd Raspail, Paris